CAIR-DFW Survey: Almost Half of Muslim Students Say They Have Been Bullied

(DALLAS, TEXAS, 2/26/20) – The Texas chapter of the Council on American-Islamic Relations in Dallas Fort-Worth (CAIR-DFW), a chapter of the nation’s largest Muslim civil rights and advocacy organization, today released a new report, “Singled Out: Islamophobia in the Classroom and the Impact of Discrimination on Muslim Students” indicating that 48 percent of respondents say they experienced some type of bullying -- nearly double the national average.

Singled Out: Islamophobia in the Classroom and the Impact of Discrimination on Muslim Students

CAIR-DFW’s report examines how Muslim students feel about their school environment, about identifying as Muslim and the extent of anti-Muslim bullying and harassment students experience.

The anonymous survey involved 321 students living in the Dallas Fort-Worth Metroplex. Participants were between the ages of 11 and 18 years old. It surveyed those American Muslim students who attended either public or private (not-Islamic) schools.

“American Muslim students, like all students, should be given the opportunity to thrive in their learning environment. Bullying undermines that environment and the feeling of inclusion. This survey is the first step in collecting hard data that can be used by parents, educators and community leaders to tackle this problem.”

The report offered recommendation for educators, parents, students, and lawmakers, including:

CAIR-DFW is working on expanding the scope of this survey to include American Muslim students all across the state by 2021.

Donate to Support our Anti-Bullying Efforts
+ 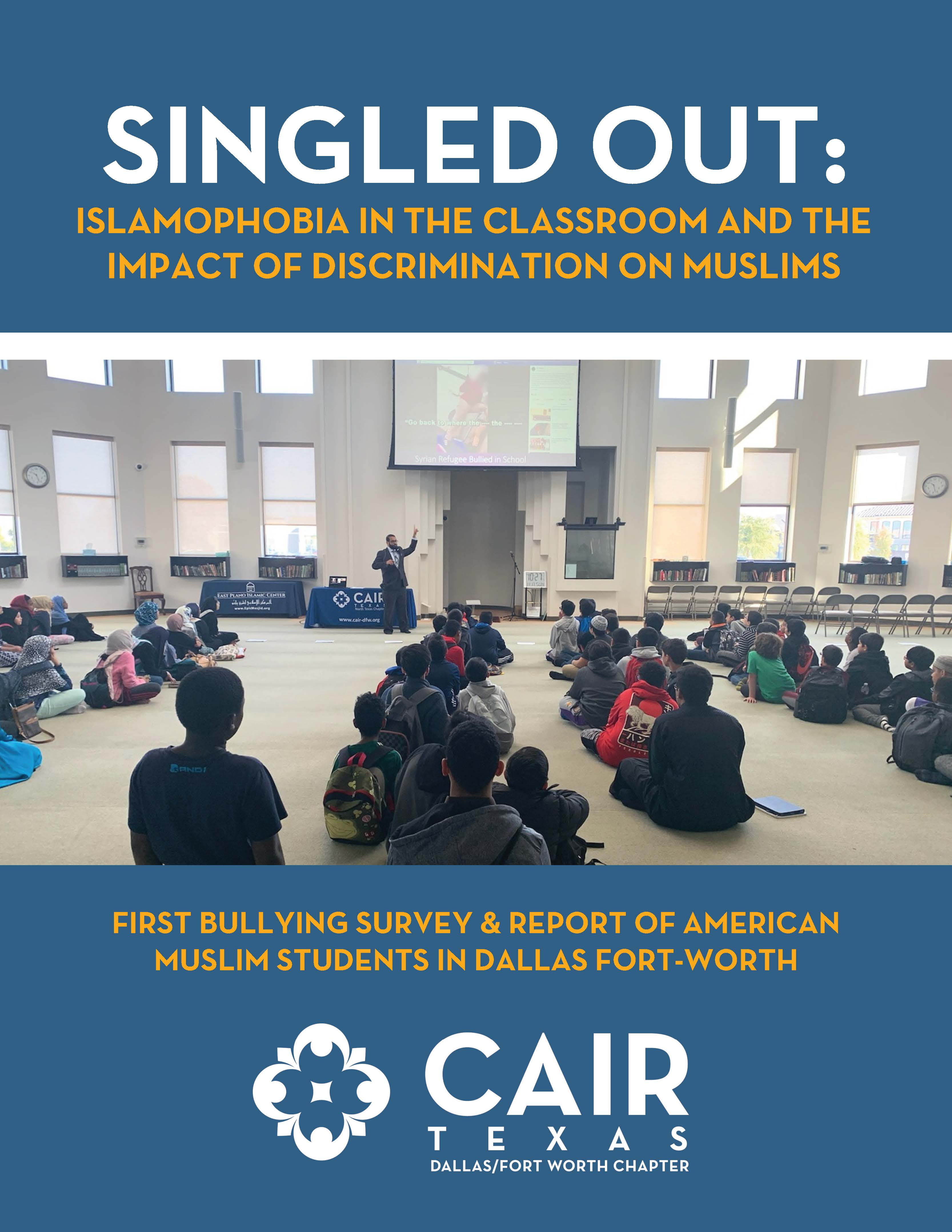